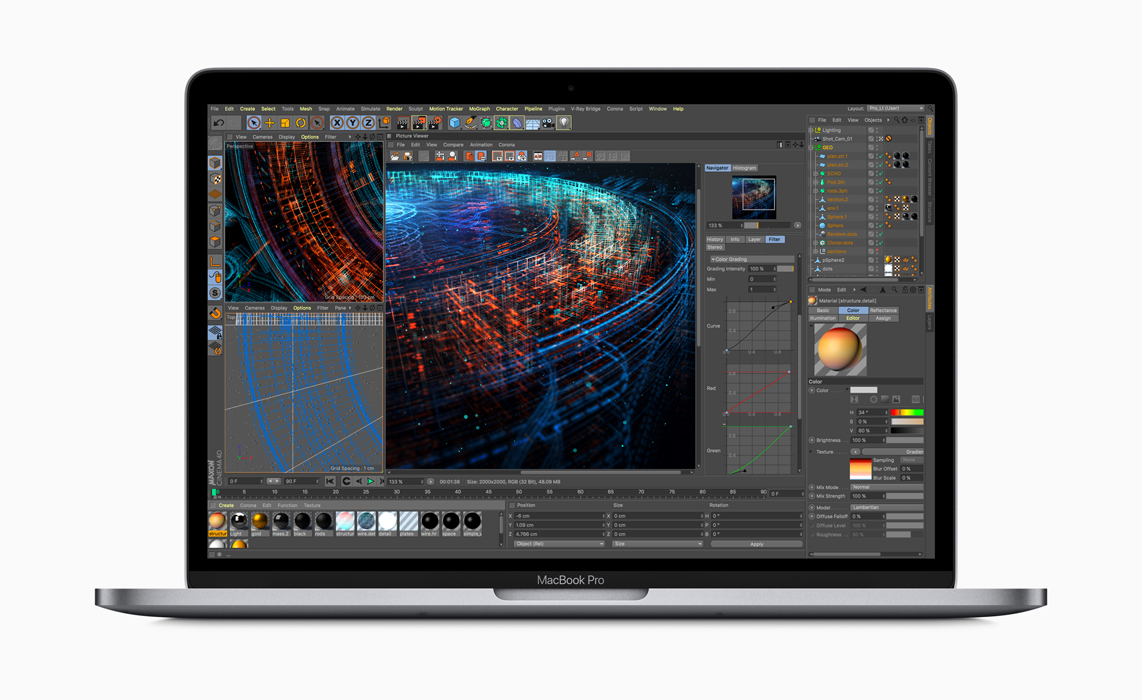 On July 12 Apple surprisingly announced the release of its new MacBook Pro laptops for both 13-inch and 15-inch versions. The new 2018 MBP models with Touch Bar equip 8th-generation Intel Core processors, with 6-core on the 15-inch model for up to 70 percent faster performance and quad-core on the 13-inch model for up to two times faster performance. Additional updates include support for up to 32GB of memory, a True Tone display and an improved third-generation keyboard for quieter typing.

The appearance of the new MacBook Pro looks nearly the same as the 2017 models. Some noticeable changes include the Apple T2 chip which brings “Hey Siri” functionality on Mac, a Retina display with True Tone technology that delivers a more natural viewing experience, and the third generation butterfly mechanism keyboard.

The price for the new 13-inch MacBook Pro with Touch Bar starts at $1,799 in US, and the new 15-inch MacBook Pro prices from $2,799 to $6,699, depending on the model configurations customers choose. The updated MacBook Pros are now available to shop through Apple’s website and will be shipped in 1- 3 business days, and will be on sale later in select Apple retail stores and Apple Authorized Resellers.