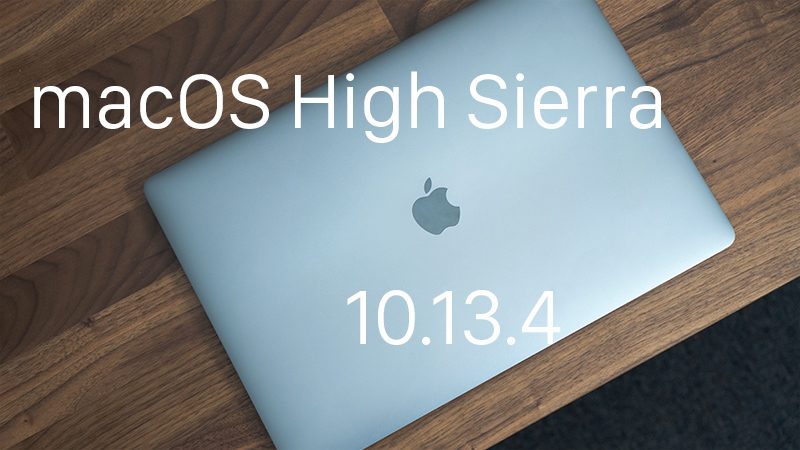 On March 29 Apple rolled out the macOS High Sierra 10.13.4 update for compatible Mac computers. The new version is said to improve the stability, performance, and security of your Mac, and all users are recommended to install the software update.

To get the update for your Mac, open up App Store and check for available software updates in Updates tab. Click Update button to start the download and installation.

For game lovers, the most significant feature introduced in macOS 10.13.4 could be the native support for external graphics processor (eGPU) on Thunderbolt 3-equipped Macs. Apple promised to enhance the ability last year at WWDC 2017. Currently there’s a limited list of supported configurations, and Apple warmed that eGPUs are supported on MacBook Pro notebooks released in 2016 and later, iMacs launched in 2017 and later, and iMac Pro. Here are some recommended graphics cards:

Apart from improving users’ game experience, an eGPU can give your Mac additional graphics performance for professional applications, 3D gaming, VR content creation, and more. But note that not all apps support eGPU acceleration.

Meanwhile, iPhone and iPad users can upgrade their devices to iOS 11.3.