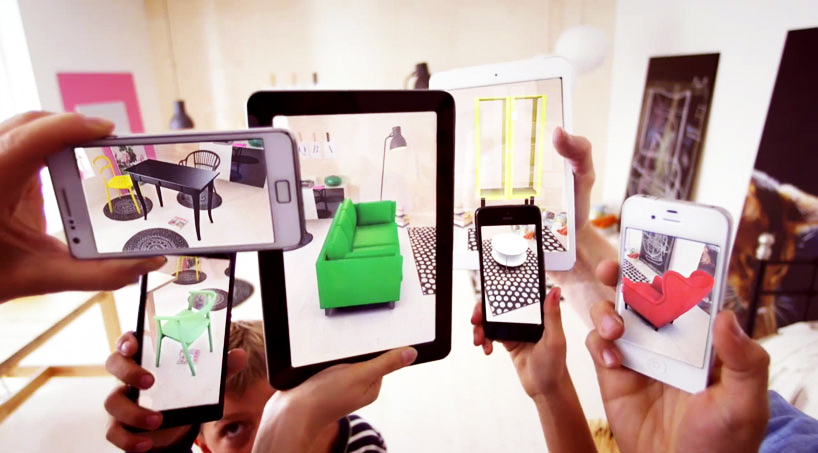 Earlier this summer at its annually developers conference, Apple announced ARKit, a new framework that allows developers to easily create unparalleled augmented reality experiences for iOS devices. Though ARKit has not officially launched yet, the beta versions of iOS 11 have been released to developers for the past weeks, and now we have already seen some demons of new augmented reality apps like IKEA Place.

Recent reports suggest that Apple is planning to hold new products release conference on Sept 12, and predictably the company will show off some demonstrations of AR apps, accompanying the public release of iOS 11 next month. On Monday Apple invited a group of developers and media to its Cupertino headquarter to experience a few ARKit apps made by major firms like Ikea and Giphy. This case is uncommon.

IKEA demonstrated its new AR app for iOS labeled Ikea Place. The app allows users to place virtual furniture in real surroundings, to see if the size or appearance of the object fits the room, and it will automatically scale items based on the room dimensions with high accuracy. The app will officially roll out with iOS 11.

The session also revealed demo AR apps from Touchpress, Food Network, two game developers and AMC networks. It looks like the iPhone maker is trying to make propaganda for the AR platform prior to its forthcoming release in September.

ARKit provides a solution to surface detection without the use of additional external sensors, and it simplifies the process of building AR apps for iPhone and iPad. When it was announced in June, Apple said iPhone would be the largest AR platform when iOS 11 ships. ARKit supports A9 and newer processors on iOS devices, which means every iOS device released since September 2015 will work with the release.

It is well known that augmented reality(AR) is different from virtual reality(VR). VR provides a totally virtual environment to enable user to have an immersive experience, while AR combines virtual objects and real environment for more practical purposes.

Now many companies are working on AR technologies, and Apple is not the only player in this competition. On Tuesday Google unveiled its own AR initiative called ARCore, as the answer to Apple’s ARKit. According to Google, this platform brings AR to hundreds of millions of Android phones, and it requires no other hardware except the phone. As Google’s other augmented reality project, Tango requires specialized hardware like sensors and cameras. While ARKit is not officially released, ARCore has been made available now. Developers can use ARCore on the Pixel and Samsung’s Galaxy S8, as long as they’re running Android 7.0 Nougat or above.

The possible limitations for Google’s ARCore platform may lie in the narrow lists of compatible hardware and compatible versions of Android software.

What do you think of Apple’s ARKit or Google’s ARCore? Share your ideas here.