IKEA Works with Apple for an AR Shopping App 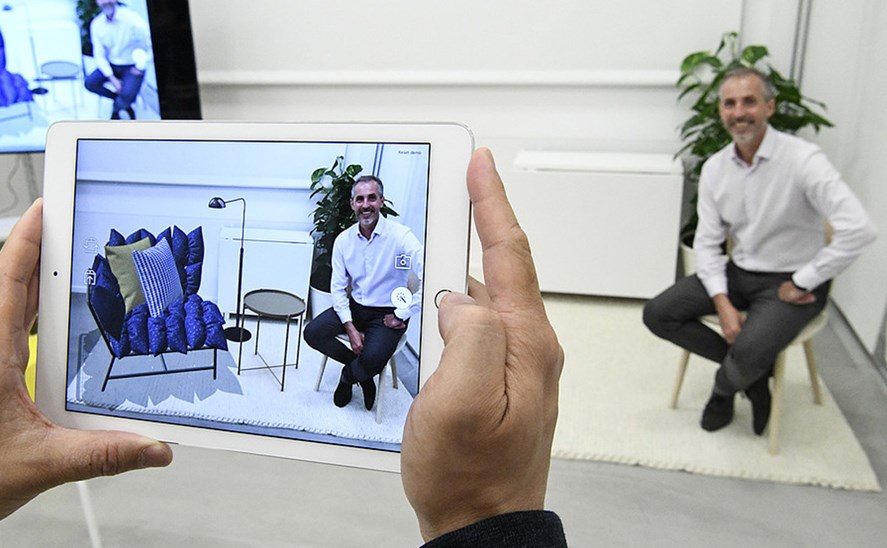 At WWDC 2017, Apple introduced an augmented reality platform called ARKit to help app developers bring high-quality AR experiences to iOS devices using the built-in camera, processors, and motion sensors. In a recent interview with Bloomberg Businessweek, Apple’s CEO Tim Cooker said that he’s so excited about the possibilities for the future of AR that he just wants to “yell out and scream”. And he later mentioned IKEA, the multinational furniture company, and claimed that AR will “change the whole experience of how you shop for furniture and other objects”.

It is reported that IKEA are working on an all-new augmented reality app with Apple’s help, which will allow users preview how the products of IKEA will look in their home. Michael Valdsgaard, IKEA’s executive and digital transformation manager, told Digital.di that it will help customers “make reliable buying decisions”.

Here’s how the app is supposed to work: you open the app in your iPhone or iPad, then take a photo of your home, and you will be able to superimpose the images of IKEA objects over wherever you want in the photo, to preview how the furniture might look like in your home. In the app Users will be able to position the products with millimeter precision and estimate how well it might fit in the home space. If you are satisfied with the products, you could directly order it through the app.

Valdsgaard added that when new products are launched, they will be first in the AR app. The app will have realistic 3D renders of 500 to 600 pieces of furniture upon its launch with more being added afterwards. As a furniture manufacture who attaches importance to the product display, IKEA has 3D images of their furniture line, and with the help of AR technology, the product images will be rendered more vividly.

Besides the cooperation with Apple in the AR field, IKEA’s “Tradfri” line of smart lighting starter kits will add Apple HomeKit compatibility late this year.

AR apps like the game Pokémon Go are currently available for Apple’s iPhone. More ARKit-powered applications are expected to begin arriving with iOS 11 this fall.